The Results That Would Change My Life Forever

The Results That Would Change My Life Forever

By Valerie Shapiro, Sharsheret Caller May 29, 2015 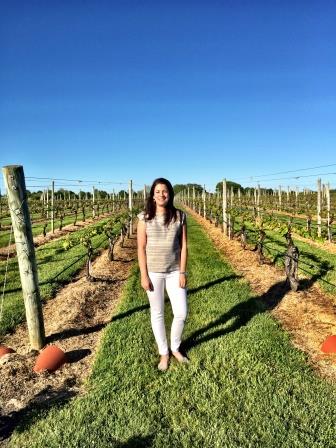 When I was 10 years old my mother was diagnosed with breast cancer. She was 37. We are Ashkenazi Jews with no other family history of breast or ovarian cancer. I am now 38 years old and single, hoping for a family one day.

Growing up, my mom was constantly fearful her cancer was genetic.  During my 20s the BRCA mutation was discovered but my family was never tested. Even after countless doctors reviewed our family history. As the test became more broadly known, some casually mentioned BRCA, but no one properly educated us on what it actually meant for my health or the high probability my mother was a carrier. A doctor I was seeing for possible fertility issues felt my problems could be related to a BRCA mutation (an opinion not shared across experts) and explained in greater detail what a mutation might mean for me. This conversation left me scared enough to move forward with testing.

During early fall 2014 I met with a genetic counselor. A few months later I agreed to a blood test and in December received the results that would change my life forever. I was positive for the BRCA1 mutation.

Upon first hearing this news I was devastated – Would I have a family? Would I be able to date again? Would anyone understand my decisions?  My genetic counselor shared the names of a few organizations that educate and provide peer support for women and families at risk for hereditary cancers, including Sharsheret. When I woke up in a panic one quiet day at the end of December, I dialed through the list of names. Most were closed or not willing to speak without an appointment. This was not the case at Sharsheret. Despite not being a helpline, a kind voice listened to my story and consoled me as I told her about concerns and fears I was not yet ready to share with friends or family. Without her I am not sure how I would have survived that day. I still left had many unanswered questions and fears but was comforted to know there were other women like me who have received the same horrible news, have had the same thoughts and questions, but today are happy and most importantly, healthy.

I spent all of January and February 2015 meeting with doctors. I decided to preserve my fertility and undergo a salpingo oophorectomy in early April 2015. The following week I had a prophylactic nipple sparing mastectomy.

While barely a month out from my surgeries, I have never felt better physically or about any decision I have ever made. I look forward to living a long healthy life and hopefully having my own family in the near future. Most importantly, I hope to educate and help other women with a family history of breast and ovarian cancer or a known BRCA mutation.