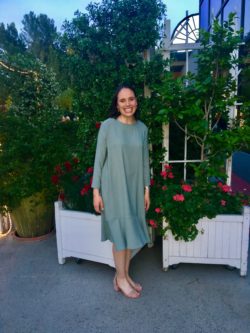 Exactly two years ago I finished a battle I never thought I would face: cancer. At 21 years old, a life threatening diagnosis is the last thing you expect to face. I graduated from Binghamton University in May 2015, just like my peers did. I packed up all of my stuff and headed back home, just like my peers. I started getting ready for my next stage of life, picking out a new apartment, finding a roommate, and enrolling in graduate school, just like my peers. All of that changed when I decided to go to the doctor for some abdominal swelling, pain, and sudden weight gain. I was expecting to have the typical stomach issues that many Jewish girls have, perhaps lactose intolerance. I was wrong, though. Unlike my peers who received a prescription for “next stage in life,” I received a prescription for major surgery followed by chemotherapy. I had ovarian cancer and my life was put on hold.

Fast forward two years later, past what felt like gruesome surgery and poisonous chemo, and somehow I made it. I made it further than my doctors expected me to, family expected me to, and community expected me to, but most of all, further than I had expected for myself. I may have been given something that I cannot change or go back and fix, but I have done everything I can to make the most of my challenges.

Throughout my battle there were multiple organizations that were there for me, one of which was Sharsheret. Sharsheret provided me with on the phone support as often as I needed, along with resources and referrals that matched my needs. It was the loving, compassionate, and understanding care of my Sharsheret social worker that inspired me to go into social work myself. Although I had originally planned on going to graduate school in Israel for Jewish Education, my diagnosis and the people I met because of it, changed the course of my life.

Now, here we are, two years later. I am, baruch hashem (thank God), happy, healthy, and in remission. I am going into my final year of my Masters in Social Work (MSW) program at UCLA, and I could not be more excited. This year, I will spend my clinical field hours interning at Cedars Sinai Medical Center in Los Angeles, the very same hospital I was treated at when I was sick. I will be spending time on the Neurosurgery, Trauma ICU, and NICU floors, helping patients and their families go through some of the most difficult times in their lives. I was blessed to have the best social workers to help me and I am so excited and grateful that I now have the opportunity to do the same thing for others.